In the mood for a little lap steel goodness 4K

I was born in Budapest, Hungary in 1976. From a very young age, I was exposed to a great variety of music. My biggest influences were various alternative rock acts from 70's, 80's and 90's.

My first serious band was Szegényanyámhalátna, which played several of my own compositions. We performed regularly in Budapest clubs and also secured decent stage slots at Sziget Festival three years in a row.

I left Szegényanyámhalátna when I moved to Luxembourg in 2004. I joined a group, which eventually morphed into Radio Daze a popular bar band performing in Luxembourg and the greater region. The repertoire consisted of covers and many of my own songs. Radio Daze recorded a demo of 5 songs at Yves Ditsch’s studio.

After Radio Daze fizzled out, around 2013 I, along with drummer Jacques Bock and bassist Oli John, formed Fixfire. Although we recorded an album’s worth of material in 2014 with Greg Vittore, this has not been released.

During 2017 and 2018 I have recorded and mixed two albums of my own material by myself in my home studio. The material is available on Soundcloud.

As a member of the Grund Club I have had the honor to perform with some of the best musicians in Luxembourg, including Gilles Bernard, Tom Heck, Luca Sales, Irina Holzinger, Lata Gouveia, Dan Schmitt, Claudia Losito, Kevin Heinen, Kid Colling and Priscila Da Costa, among others. I have also contributed a number of songs to the Club's repertoire, such as Sunday Driver, Beautiful Blue, The Downside of an Ever Expanding Universe and Head Rush.

In recent years, I have also played acoustic gigs with Fred Barreto and Sven Sauber and performed with the Lata Gouveia Band as ersatz lead guitarist, when Paul Porcelli was unavailable for a couple of small shows. In 2014, I accompanied blues man Dave White on his tour of Alsace, France. I have also maintained my connection to the music scene in Hungary, where I have been invited  to join local band, Konyha as second guitar player at gigs in Budapest (A38) and in Debrecen.

My EP’s, Magic Mountain and Spitfire, and the singles, Light Of My Day/Looking For You, Better Things and I Need You are available on all major streaming services and online music stores. I am currently involved in putting together a band with two fellow songwriters to showcase our songs and serve as a new creative platform.

Want to learn more about me and my music? Get in touch!

My new EP, entitled "Spitfire" is now available on Spotify and Apple Music and will soon be accessible on all other major streaming...

My new EP, Magic Mountain is being released on all major online music platforms starting September 14, 2020. The record is comprised of 5... 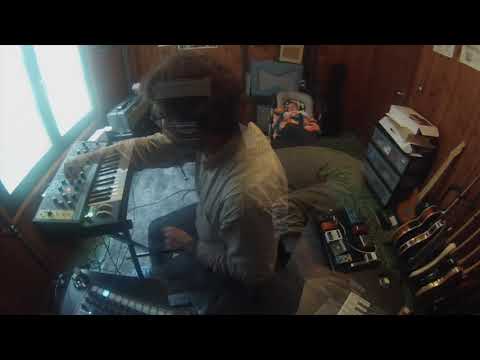 I have been fooling a lot with my synths lately. Not being a keyboard player, I have to live along with my limitations and try to work...